A Decade in the Making 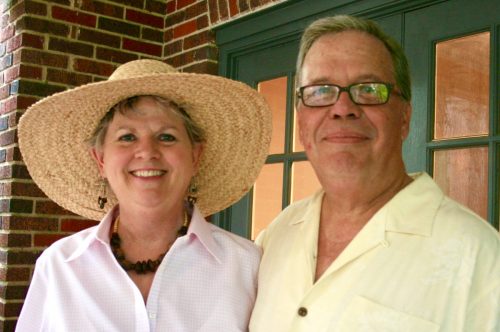 The first time Gracie met Glen Boudreaux in the fall of 2005, he approached her after a presentation about her vision for a new organization called Recipe for Success, which included the idea of Hope Farms to bring fresh produce into underserved Houston neighborhoods.  At the time, the term food desert had yet to appear in the national conversation.  He said, “Gracie, I know all about non-profit farming; what can I do to help?” A new partnership was born on the spot!  Since that day, Honi & Glen Boudreaux have worked with Gracie to bring the vision of Hope Farms to reality. Now thanks to a substantial grant from Wells Fargo Foundation, a sizeable gift of land in Houston’s Sunnyside neighborhood plus initial capital and operating gifts from the Simmons and Brown Foundations, Hope Farms is about to sprout as a showcase urban farm where we will train displaced veterans to become urban agri-preneurs, while we grow and distribute affordable fresh produce for our neighbors and friends.

Glen and Honi are committed to expanding the farm belt around Houston and to building a sustainable urban farm system inside the city to help alleviate access issues in our city’s poorest neighborhoods. We can’t even add up the hours that they have spent over years with Gracie in meetings to plan, layout and negotiate a site for Hope Farms, which has suffered fits and starts through the years as one real estate deal after another fell through. No one gave up. In the meantime, these founding members of the Recipe for Success Board of Directors have contributed endless energy and resources to encourage healthier diets among Houstonians and created a model of agricultural best practices at their Jolie Vue Farms near Brenham. They co-founded the Rice University Farmers Market and launched the first home delivery of farm-raised products in Houston.

The Boudreauxs were our Champions of Food Justice in 2013 and will are excited to honor them again this year as founding board members at the Blue Plate Special Lunch on November 18.  But the best day of the year will be when Honi and Glen can wander out into the fields of Hope Farms, pick a piece of fruit right off the vine and hand it to someone for their dinner!

Let us know if you want to help us build the barn, train the farmers and plant the fields at Hope Farms with either time or treasure.